On Sunday 11 February 43 students and 7 members of staff set off on an adventure of a lifetime to Iceland. However, we were told when we reached the airport that Keflavik airport was closed, because of high winds and we didn’t fly until 3am the next day!

Despite the setback, spirits were high; the group had a fantastic time over the four days. The itinerary was jam-packed to make up for the delay. The highlights of the first full day included: trekking through the Þingvellir National Park, witnessing the eruption of the Great Geysir and seeing the bubbling water of the hot springs. At Gullfoss, we saw the cascading waterfalls, looked around a geothermal power station and ate square burgers at the Hamburger Factory. To finish the first day, we visited the Laugardalslaug swimming pool. On the way back to the hotel, students in Y11 helped a stranded couple in their car, giving them a much-needed push to get going again – well done team, you were immense!

The second full day started at a very early 6am and went on until 1am the next morning! Students were treated to a swim in the mineral-rich waters of the Blue Lagoon, walked next to the 200 ft Skogafoss waterfall, visited the awesome Black Beach and then finished the South Shore day by visiting the Seljalandsfoss waterfall, which was packed with so much snow that students could not walk behind it as originally planned! In the evening, students visited the Hresso restaurant in downtown Reykjavik. The very final activity of a long and arduous trip was to see the Northern Lights, which was just magical – a lime-green dancing curtain appeared as the clouds cleared and thousands of stars could be seen above our heads.

We had to get back up at 3am to get ready for a 4am departure – most Y11s stayed up the entire night and some students had only had 6 hours of sleep over the 4 days! After speaking to most of the students Monday morning, it's clear they made up for it when they returned to the UK! Thank you to all the staff, students and parents for making the trip as successful as it was! 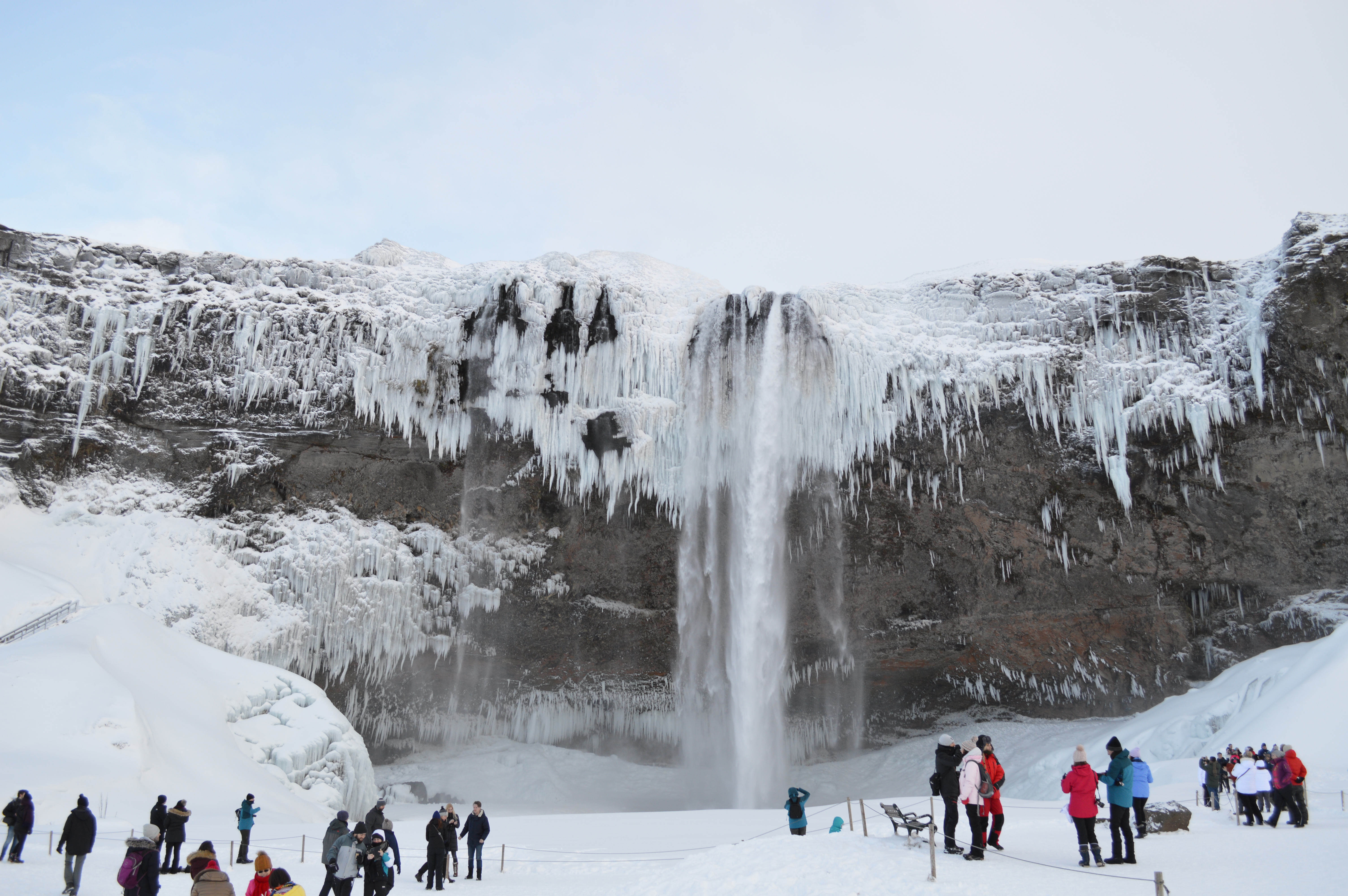