Forty nine students and staff enjoyed a six-day, half-term excursion at Orlando, Florida with the Science department. The itinerary was action-packed with the first day being taken up with flying to Atlanta and then catching a connecting flight to Orlando. When the plans for the evening meal fell through, we met our 'True American Hero' Ann, who was staying in the hotel and heard our plight. She ordered pizza for everyone on her card and went to pick the pizzas up, earning the affectionate name of Pizza Ann. On day two, we visited Universal Studios and CityWalk, taking on rides such as the Hollywood Rip Ride Rockit and Revenge of The Mummy. The evening was spent at the Bubba Gump restaurant for a Forrest Gump-themed quiz and at the pool. On day three, we took a coach to the Kennedy Space Center to visit five-time astronaut, John Blaha who explained exactly what it was like to be strapped into the space shuttle and blasted into space. Later in the day, we visited the space shuttle Atlantis, the very vehicle John used in the 1991. In the IMAX theatre, students were given a challenge for the day; design a rover, which they did underneath an actual Saturn V rocket. At lunch, they spent the time in the viewing area reserved for astronauts' immediate families during launches. The tour also included a trip to see the iconic launch pads and the Vehicle Assembly Unit (the big building with the American flag on it!) The evening was spent at the Hard Rock Cafe before retiring to the pool for the night. Thursday was the final day at CityWalk and a day at Islands of Adventure. Most students were woken up by a thrilling ride on The Hulk, followed by a wash down on Popeye and Bluto's Bilge-Rat Barges. In the afternoon, students experienced the first Floridian 'shower' of the trip, leaving most students completely drenched! The evening was once again spent at the Hard Rock Cafe before finishing the day with a special visit to see The Blue Man group. The final morning was spent packing and at the Premium Outlets to get last minute bargains and presents for everyone back home. The afternoon was spent travelling back to the airport to catch the night flight back to Manchester. It was an excellent trip that both staff and students really enjoyed. 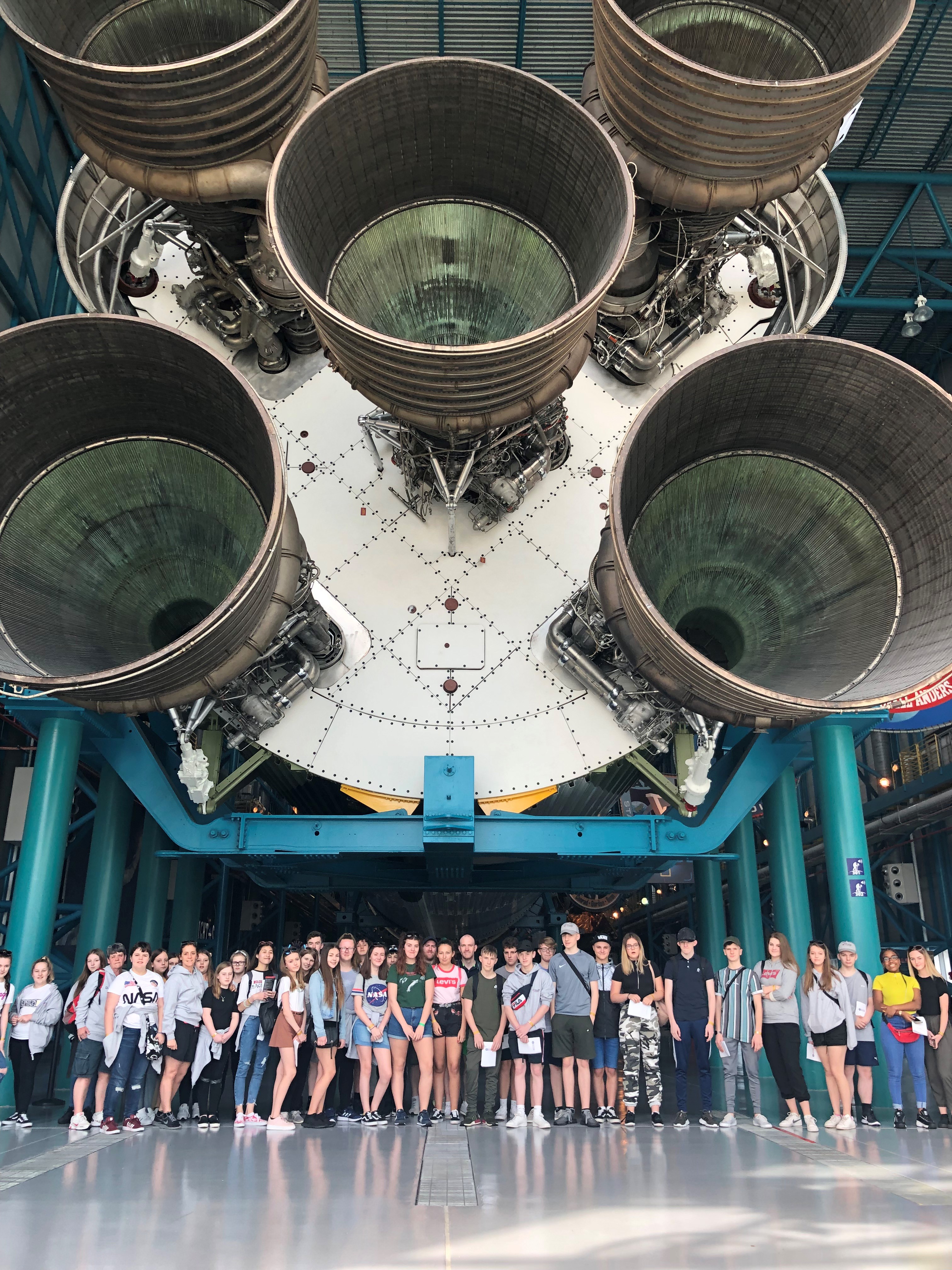 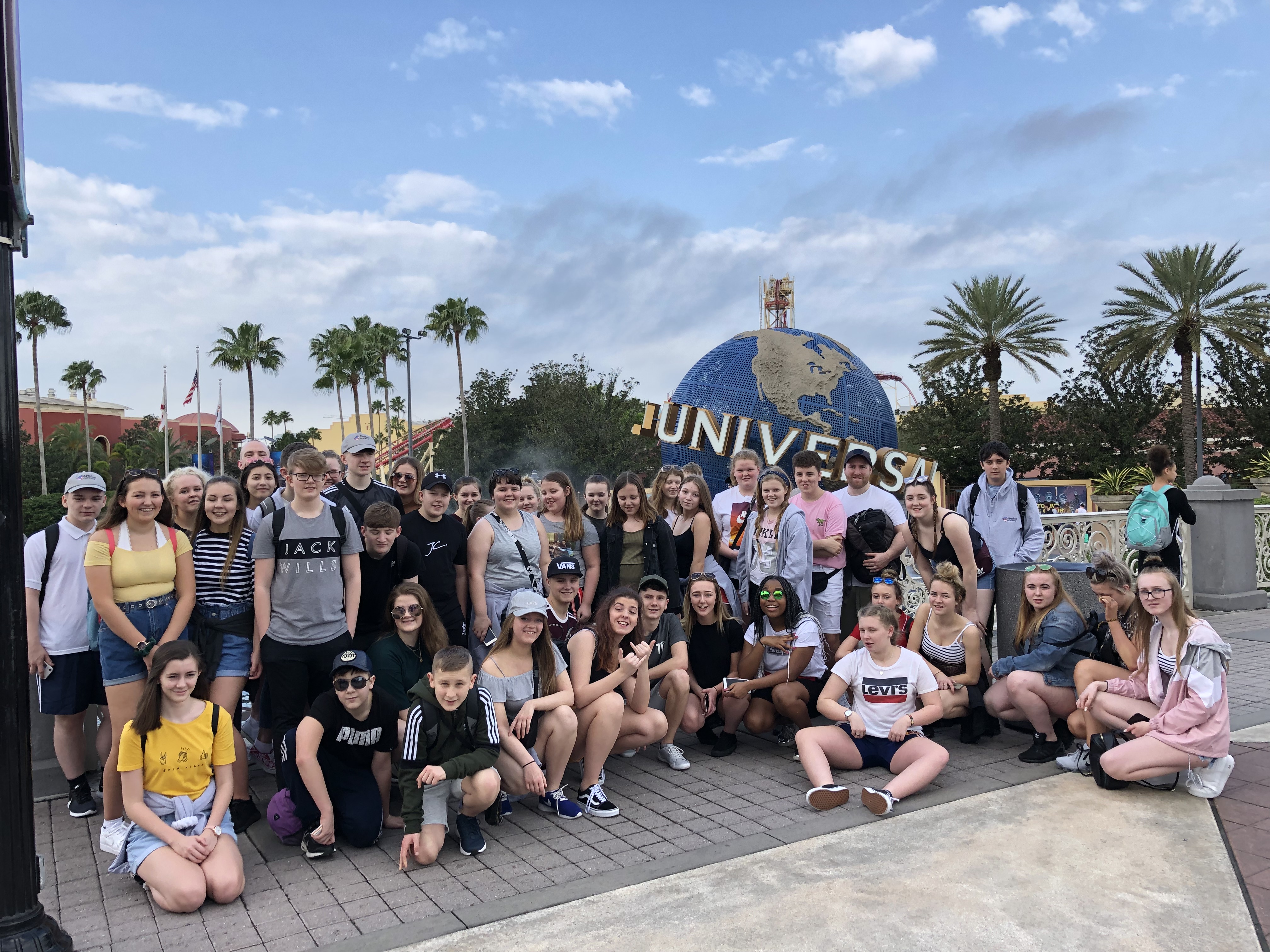 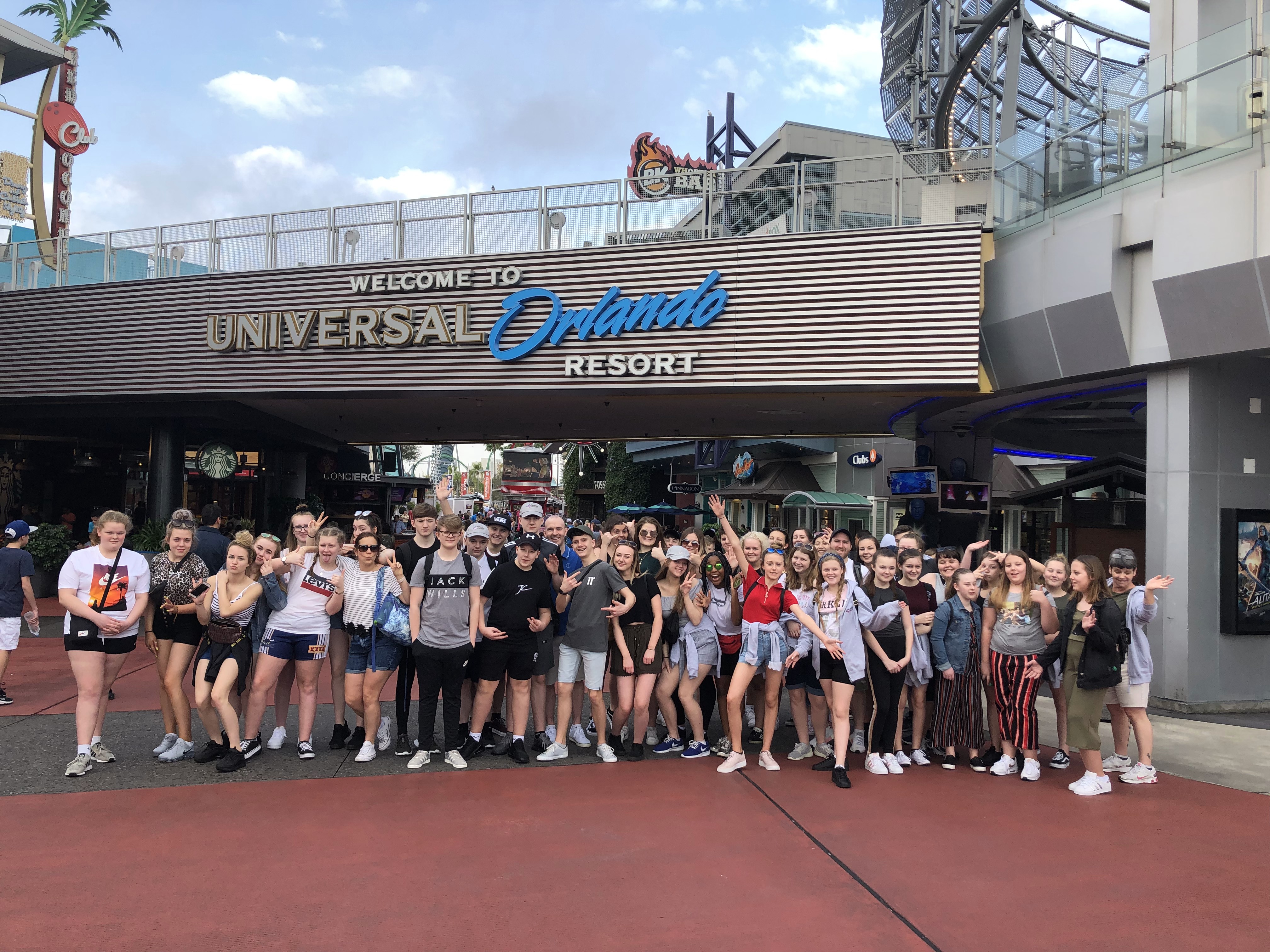