At 3.30 am on a cold Saturday morning, 13 students from Y11 departed for the Hill Inn at Chapel-le-Dale. After a quick pitstop in Hawes, we arrived at just after 6.10am. We met our expert guide, Heather, who gave us a rundown of the day and all the safety aspects of the route. One last kit check was done and then we were off!

The first part of the challenge was to ascend the 2372 ft fell of Ingleborough, starting at the Hill Inn at Chapel-le-Dale. The ascent took us firstly up some steep flagstones and along the very impressive pot holes. This part of the walk has been described in some guides as a ‘steep and tedious climb’ and the guides were not wrong! The path then took us what seemed like a vertical route upwards towards the top of the fell and required some scrambling to get over the rocks. After a quick break, we finished the last part of the climb to reach the summit’s trig point at 8.08 am.

There were some fantastic views at the summit as clouds rolled in over the part of the fell that we had just climbed. Sadly, we couldn’t admire the view for long as we began one of the longest parts of the journey – the arduous walk between the summit of Ingleborough and the village of Horton-in-Ribblesdale to start Pen-y-ghent. The descent into the fog was amazing, but at about 9.00am the fog lifted and the view of Pen-y-ghent appeared on the horizon – we knew we had a lot of walking still to do! We reached the 2-mile signpost at 9.30 and the 1-mile signpost for 9.53 am. Mr Leake had parked the minibus in Horton and joined us for the final mile as we kept up the pace to reach the train station for 10.17am. Steven couldn’t let the opportunity pass to have his photo with the train station sign bearing his name.

At 10.24 am, we had reached the first checkpoint - the car park in Horton-in-Ribblesdale to see the start of the Yorkshire Three Peaks Challenge race, with over 1,000 participants. Mrs Fairhurst had arrived and got to work serving drinks of tea and coffee, whilst Mr Leake warmed up the Compeed for blistered feet!

By 10.43 am, we were on the road again and set off to conquer the next fell on our challenge: the 2,277 ft summit of Pen-y-ghent. The first part of the walk is a gentle stroll through Horton and then into the wooded area alongside a school. After taking a gentle walk along the stone-walled road, everything changed when we reached the farmer’s field – everything beyond this point was uphill! The pace was ferocious and in terms of the hill-climbing, most of us agreed that it was the most difficult part, as although it appeared to be a steady climb, you could walk quite quickly, which tired us all out. It just didn’t seem to end and the summit didn’t seem to get any closer! Then, just as you didn’t think it could get any worse, the nice grassed route turned into large flagstone steps again and they were a killer to get up!

Finally, we reached the gate in which we needed to turn left, marking the start of the scramble part of the climb to reach the summit. Like Ingleborough, it was easy to make up a lot of altitude at this point and was the best part of this fell’s ascent.  Very quickly we reached the top to complete this part of the walk at 12.27 pm. Mr Leake had joined us on the first part of the ascent and returned to the minibus halfway up to meet us at the next stop.

Spirits were high as we began the descent from Pen-y-ghent to Whernside. This involved the longest part of the walk – an 8-mile trek across the countryside. From the top of Pen-y-ghent, Whernside appeared as just a small mound in the distance. After 2 hours, it didn’t really appear to be any closer! This was now a case of mind over matter as we all started to flag and had to dig deep to keep going. The sight of the main road, leading to the viaduct, was a welcoming sight. Both Mr Leake and Mrs Fairhurst were ready for us at the second pitstop, which could easily have rivalled an F1 pitstop with the speed that we had to get a drink, off-load rubbish and re-load food and headtorches for the final walk. We had arrived at this checkpoint slightly behind time at 3.35pm, so we needed to push our hardest when we were at our weariest.

By 3.54pm, we already alongside the viaduct and Mr Leake waved the remaining walkers off for the last time as they set off to scale the tallest fell of the challenge: Whernside. Coming in at 2,415 ft, it also the highest point in the ceremonial county of North Yorkshire. The first part of the trek took us parallel to the fell, before we started a slow ascent up, turning left until we joined the fell to begin walking along the top in a south-westerly direction. By 6.11pm we had reached the summit of Whernside and were absolutely elated to have done so. The end was so very nearly in sight – we could even see the minibus at the top of the summit – and we gave Mr Leake a call to see if he could spot us!

It was very cold and windy at the summit, so after a quick break to re-charge, we began the steepest descent of the challenge, which took us less than an hour to complete. After this, we had a simple walk through Philpin farm, which ordinarily would have been a breeze to complete, but we were battered and bruised and took our time, finishing the entire challenge in about 13 hours.

The students were an absolute credit to the academy and showed extreme resilience when it would have been all too easy to have given in – every single one of them ploughed on and battled through injuries, only stopping when Heather deemed it too dangerous for them to continue.

Thank you to all the staff and students who took part and for all the extremely generous donations – they’ve raised over £2,100 so far, with donations still coming in - fantastic! If you wish to donate, you can still do so at: https://www.justgiving.com/fundraising/airedaleytpc 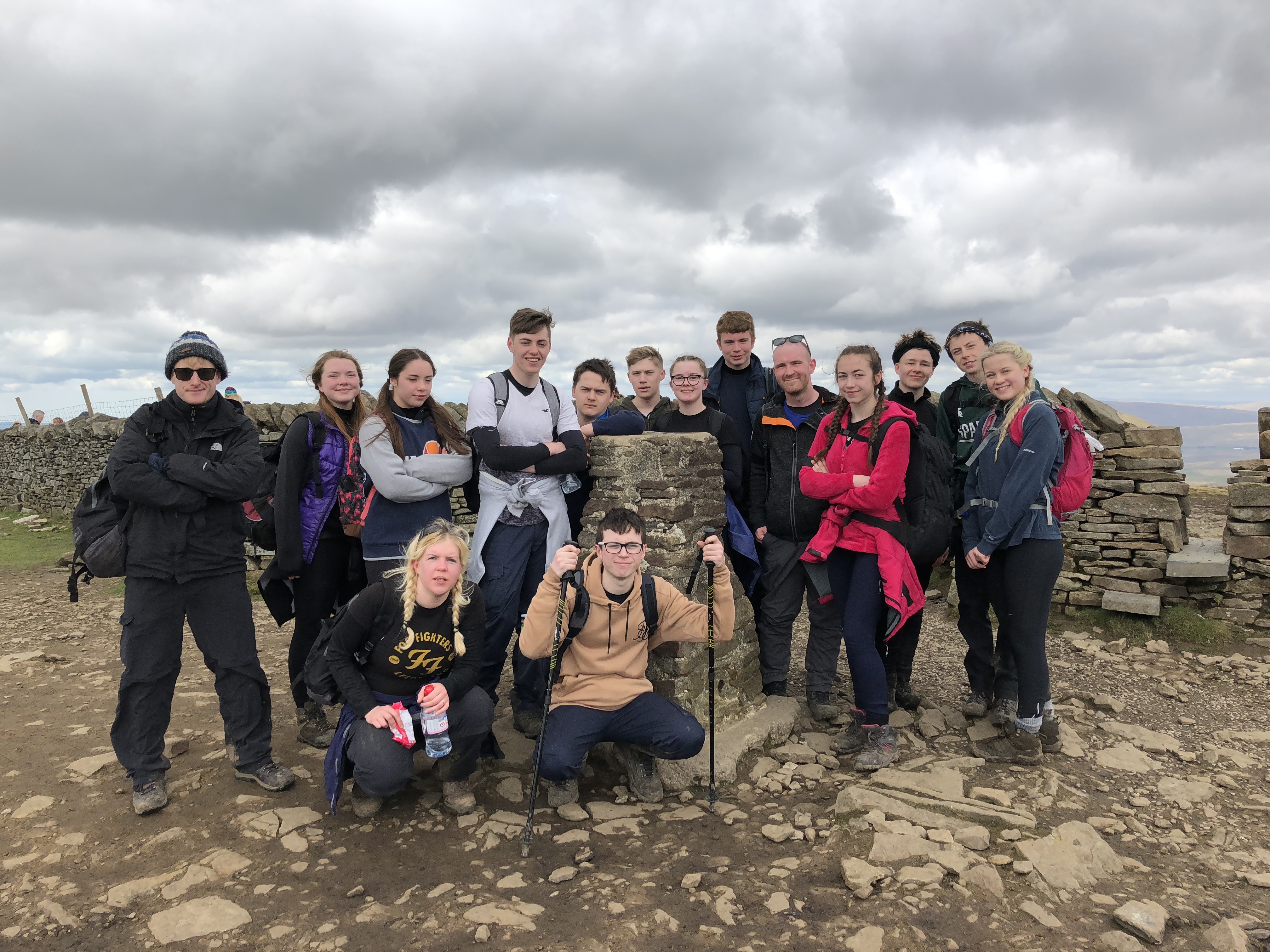 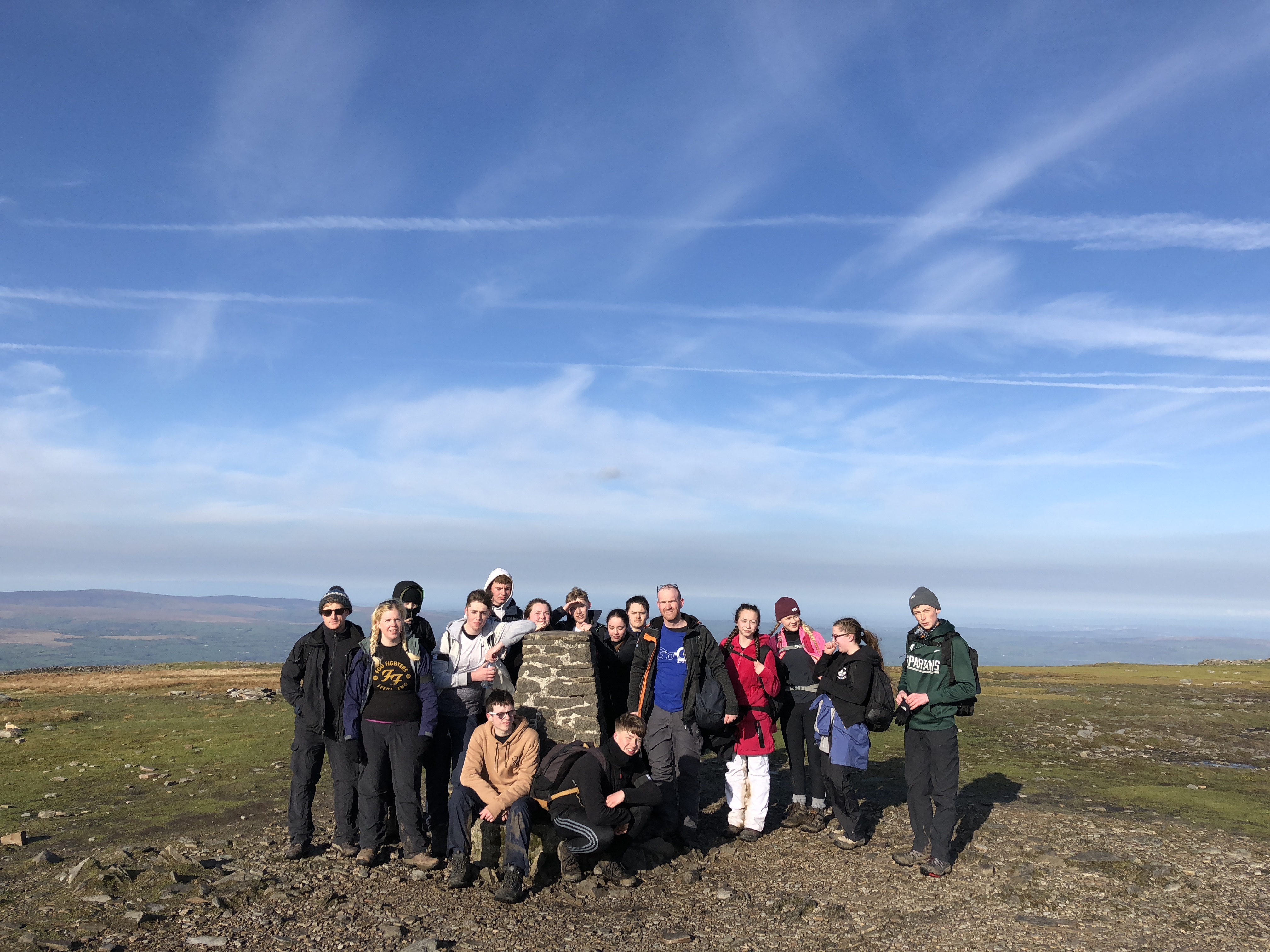 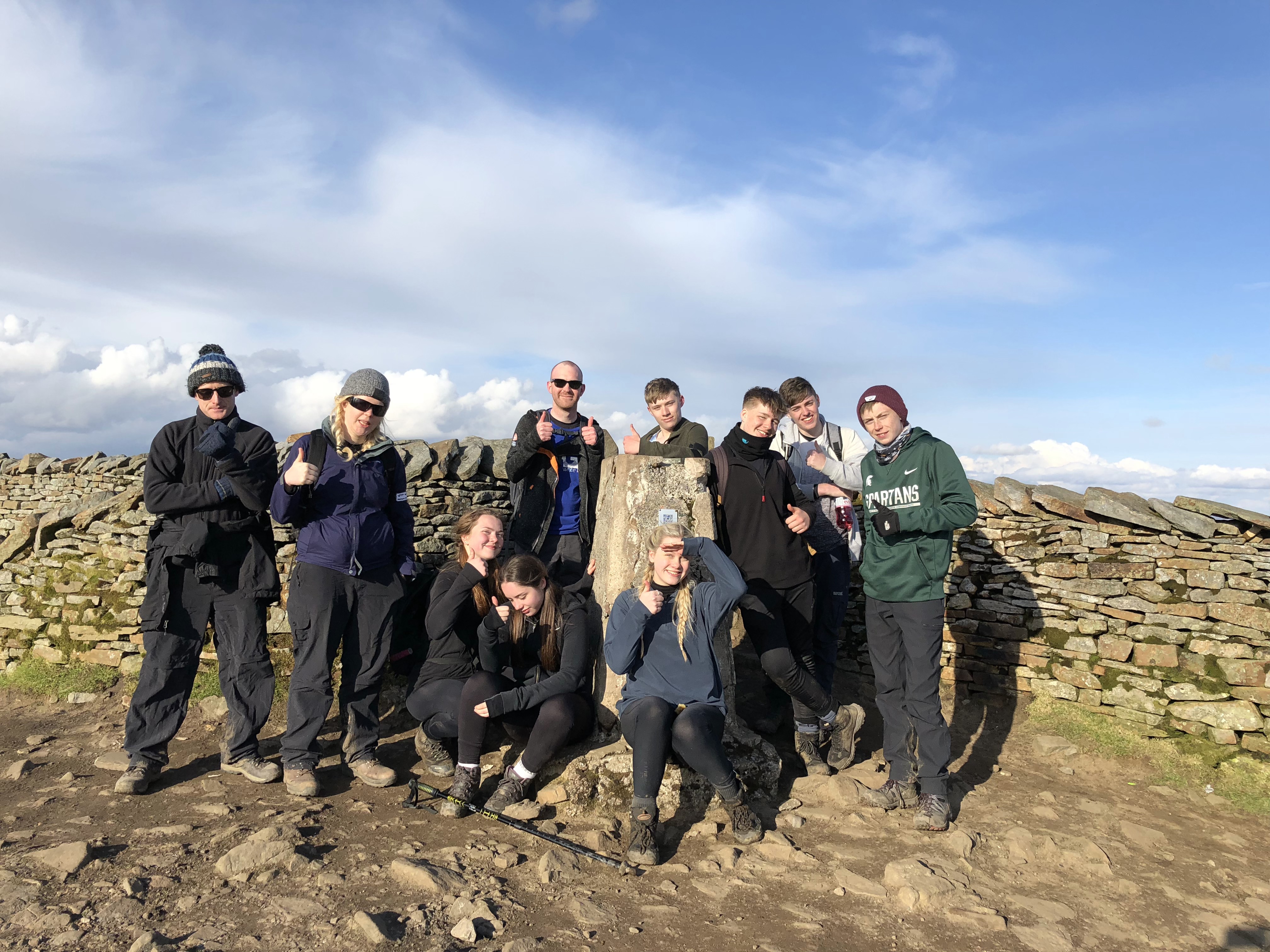 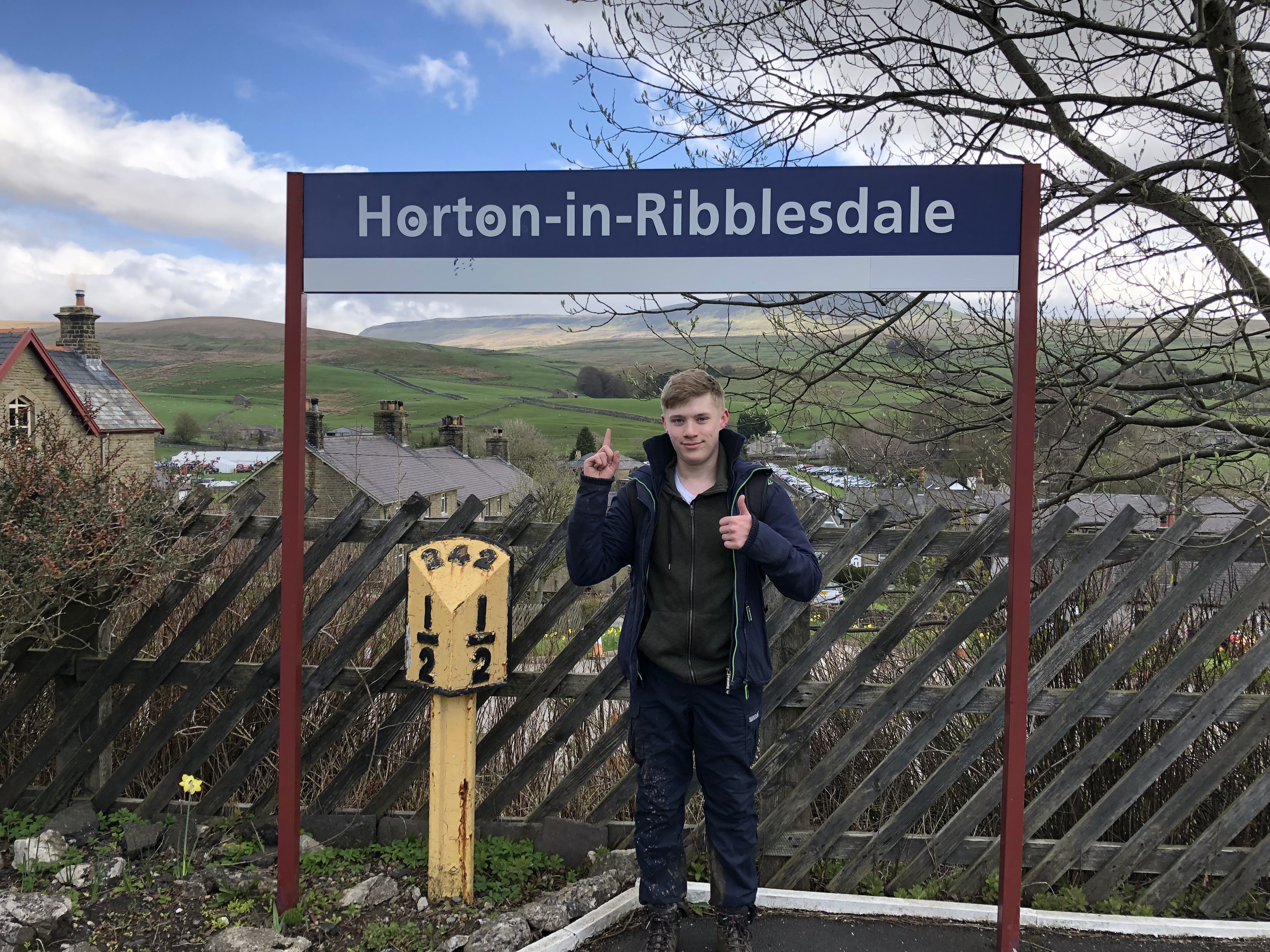 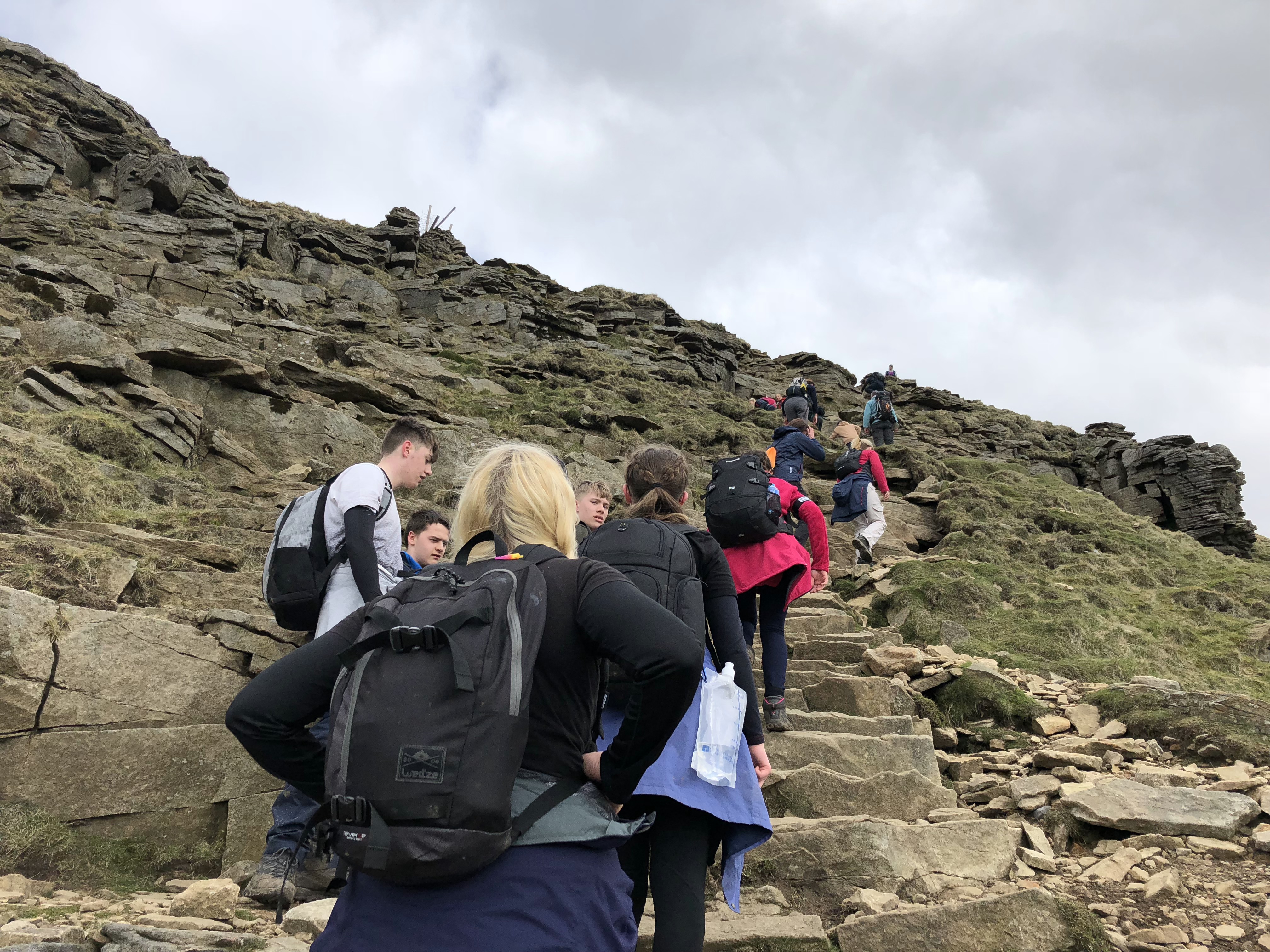 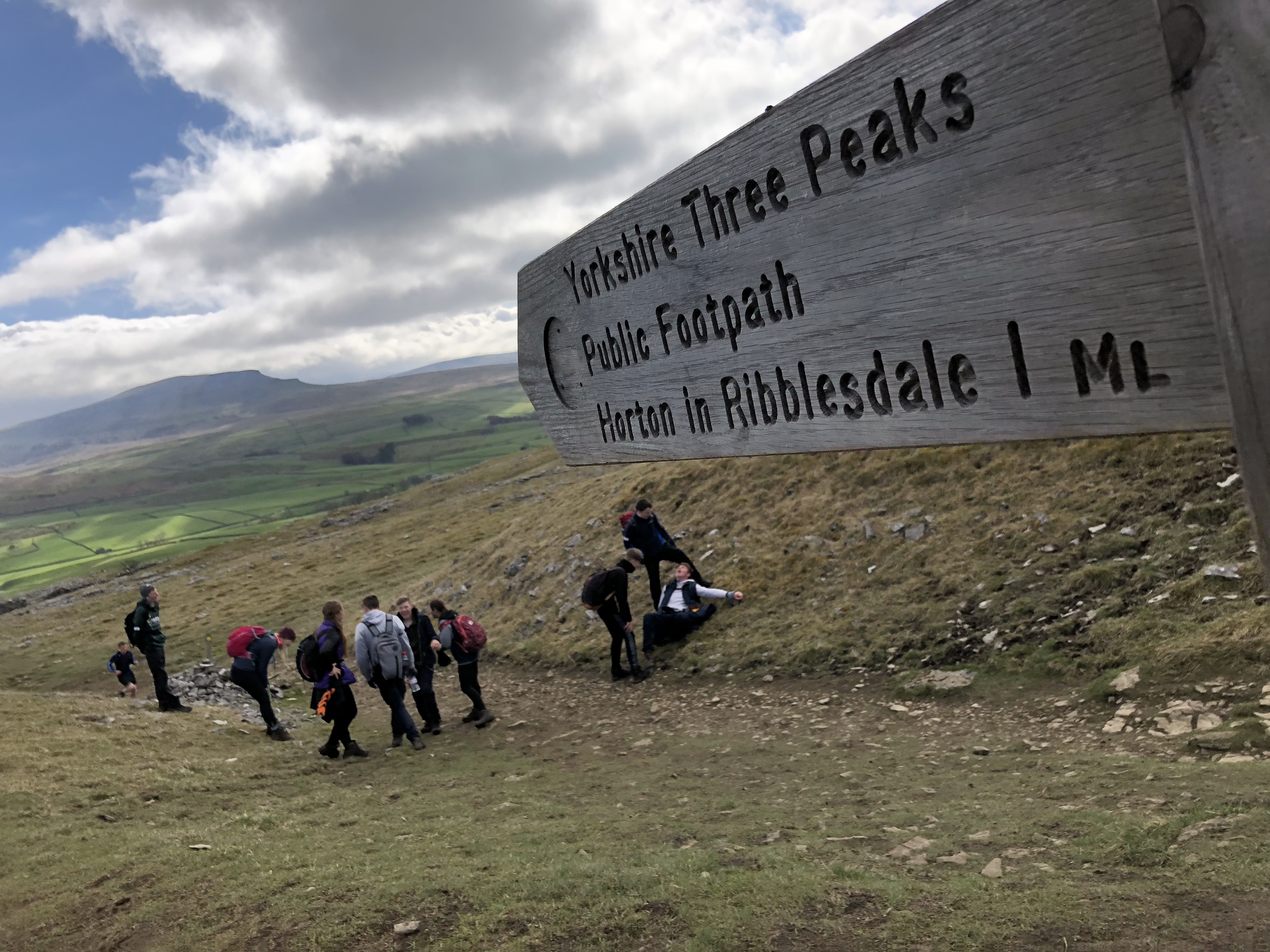