Students in Y10 visited Manchester Airport yesterday to board the legendary Concorde G-BOAC. Before the tour, students spent time in the aviation garden. They saw many different aircraft, from huge 747 jumbo jets, to watching the departure of Icelandair’s flight back to Iceland – one that some of the students will be on in February 2018! The sound produced by the departing aircraft was incredible.

Students visited two aircraft that had been stripped away of all their interior parts, so they could see the inner workings of the aircraft. The first aircraft was the Avro 146-RJX. Students could see the wires above their heads that moved all the flight surfaces, as well as other ‘hidden’ gems, such as the oxygen masks and oxygen cannisters that are directly above your head when you fly! Students also stepped back in time to recall air travel from a bygone era in Manchester’s fully-restored BEA Hawker Siddeley Trident 3B – it had 23,000 hours on the clock and definitely had an ‘antique’ smell to it!

The Concorde tour started with a briefing from Terry, our tour guide with a wealth of knowledge of the aircraft. After the initial briefing, we were taken into the hanger to see all of the external parts of ‘Alpha Charlie’, the iconic flagship Concorde. We looked at the mechanism used to lower the nose for taxi, take-off and landing and studied the three parts of the 4 Rolls-Royce power plants. The tour was very thorough and we were given an excellent insight to some of the design challenges Concorde faced, such as the problems with using delta wings instead of conventional wings.

The tour moved on to look inside the aircraft. Terry took us back through the years to give us a small glimpse into the opulent lifestyle Concorde travellers experienced. Concorde, we were told, is only one class, with exquisite legroom anyone would be envious of today. The seats were upholstered in ‘ink-blue’ Connolly leather and the meals are a far-cry from today’s standard – a full dining course designed by the Roux chefs and served on Royal Doulton crockery. The wine list changed every month. There weren’t any in-flight entertainment systems onboard, because by the time you had dined on Concorde, you were already in New York; it’s a time-travelling machine. If you took off from the UK at 10 am, you’d land in New York at 9.30am, because Concorde could travel faster than the Earth turned! One student was lucky enough to sit in seat 1A – the seat that was usually occupied by the Queen, whilst another student was lucky enough to select the seat that was used mainly by Michael Jackson!

The Concorde at Manchester Airport is especially spectacular, as it’s the only Concorde on display that offers full flight deck access. Students got first-hand experience of sitting in the Captain’s seat as key instruments were explained as well as taking loads of pictures of the flight engineer’s panel.

It was a fantastic day overall: the students were a credit to the academy and everyone received a commemorative certificate of the day. 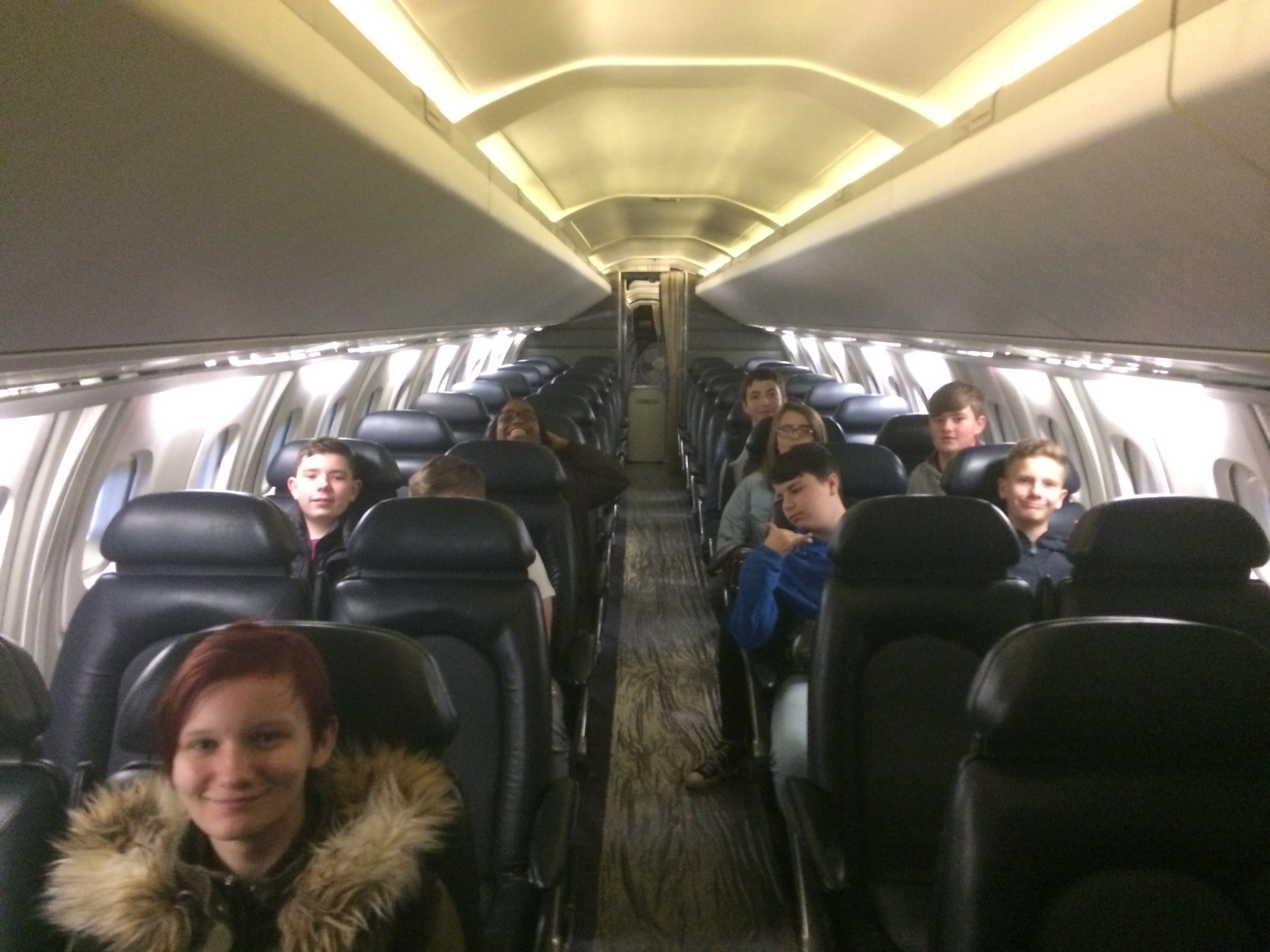 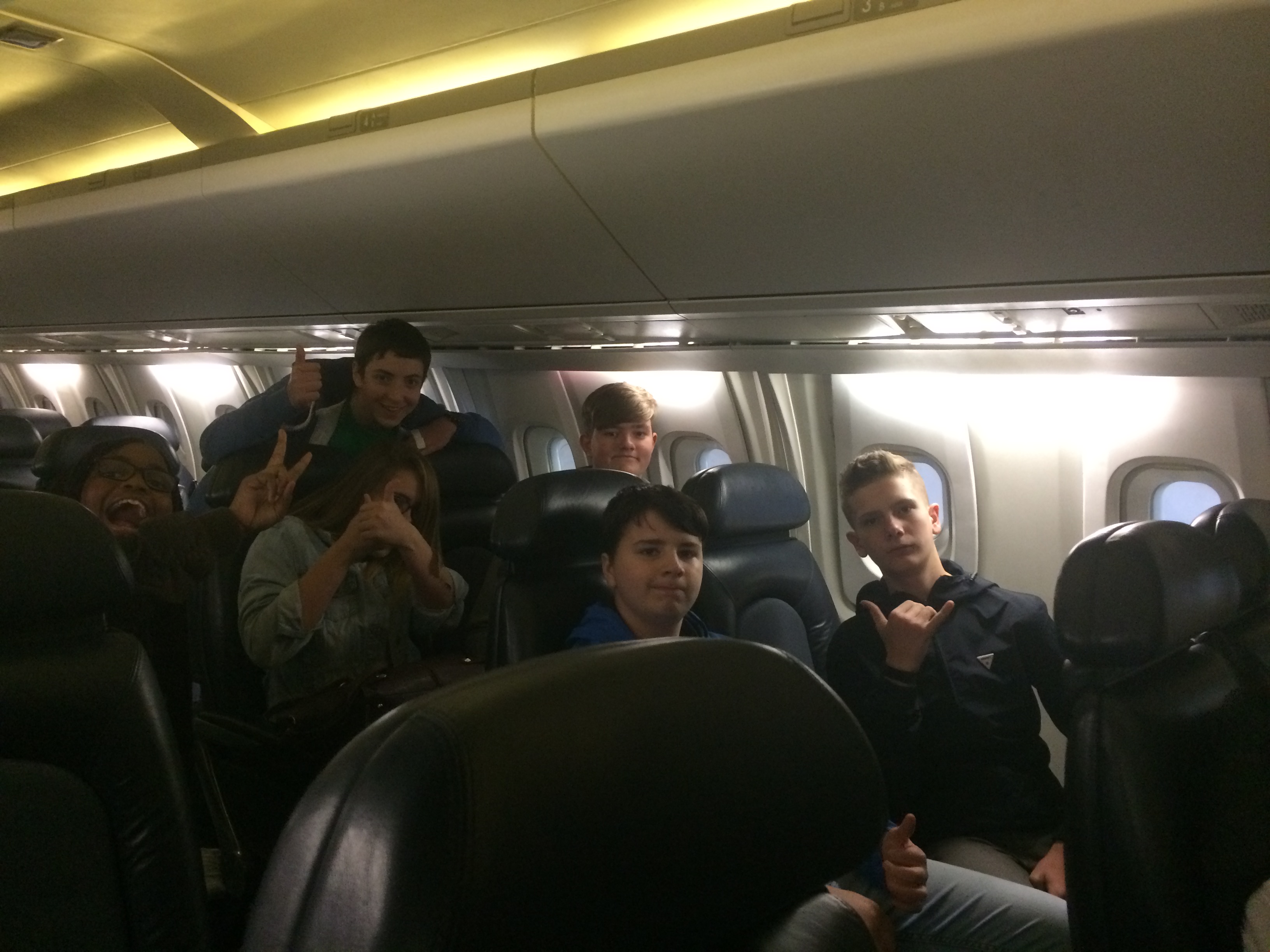