It might have been Valentine’s Day, but you would not have guessed it by the 4.30am start! Twenty three students and three staff jetted off to Norway for a spectacular trip to see the Norwegian fjords during the half term holiday.

Once at Manchester Airport, we quickly made our way through security to be airside; students had breakfast and made their way to the gate after a bit of retail therapy. Our ride for today was an SAS Airbus A321. Just a quick hop over the North Sea to Denmark, we had Copenhagen in sight.

We only had one hour to connect to our next flight, however, owing to the efficiency of layout at Copenhagen Airport, students made it through border checks and we met the next aeroplane with time to spare! Once onboard, we took off and set course for Bergen. The wind was rather stiff on landing, with gusts of 45 kt – we were advised to fasten our seatbelts tightly!

After landing, we headed to the coach and started an awe-inspiring road trip of the Hardangerfjord (the second longest fjord in Norway). We had a short pitstop along the way and arrived at the Fretheim Hotel in Flåm by nightfall. The evening meal was served: potato and leek soup, followed by fish and broccoli, with a cinnamon apple puree for dessert. For those who wanted to crash after a day of travelling, it was time to head to their rooms; for others it was time for an evening walk around Flåm to see the local amenities on the first night walk of the visit before we all retired for the first night.

Breakfast was served early.  Students then donned their winter-weather gear for the train ride to Finse. The Flåmsbana is a scenic train journey from the end of the Aurlandsfjord in Flåm to the high mountain station of Myrdal in a vintage carriage. Along the way, we stopped off for a picture opportunity at the Kjosfossen waterfall, which had completely frozen over! Arriving in Myrdal, we swapped trains to the outbound Bergen line to Finse. Onboard, hilarity ensued as Mr Miller and Mrs Richmond tried to navigate the food trolleys down the carriages to serve lunch – I think there might be some sore knees of other passengers!

At Finse, students had two and a half hours of brilliant sunshine and were knee-deep in snow on the frozen lake in this picturesque little village. Activities included making a snow-tunnel, sliding down piled up snow, making snowmen, snow fights and snow wrestling. As the returning train approached to take us back to Myrdal, parents and staff had the opportunity to watch us live on the Finse 1222 webcam! Back on the train, we quickly made it to Myrdal, where our train to Flåm was waiting for our arrival; we had our own section in the carriage, which had been cordoned off. On the returning leg, the train stopped at Kjosfossen again before making its way back to Flåm.

Once back in Flåm, students had the opportunity to visit the Flåm Bakeri, renowned for its excellent cakes and coffees. Students then either relaxed and warmed up in the hotel or took part in another local walk, lasting about an hour. Those who took part in the walk took a circular path around the perimeter of Flåm to the Fretheim Hotel’s garden walk, where the ascents into the hills started! We found a disused bunker of some sort that gave a charming view of the village. Once back inside the hotel, and after warming up, the evening meal was served: smoked salmon salad for starters, followed by chicken, potatoes and red cabbage and a berry compote for dessert. After dinner, the tables were cleared for our music quiz; the kitchen staff even supplied us with water to keep us going! Students then took the rest of the evening to relax and play cards on the fourth-floor break-out space.

On Sunday, students were served breakfast early once again. By 9.20, all students were aboard the fjord cruiser to travel to Gudvangen along the Aurlandsfjord. The journey time was two hours and the scenery was breath-taking. The boat quickly docked in Gudvangen and we made our way round to the Viking Village to meet our tour guide Greg, from Somerset! He talked us through the lifestyle of the Vikings, such as how they made the Viking boats and how much the boats could flex with the waves (and how expensive boats had a keel made of metal). Then we met the Chieftain in the main hall. Greg explained how they had tried to replicate the building of the hall to a high degree of accuracy, including being granted permission to use a small amount of Scheele’s Green to paint the outside green (it has compounds of arsenic in it, which means the painting crew needed to wear three layers of protection – the actual Vikings were not as lucky and many slaves met their fate painting the hall!) Then, the tour moved onto looking at the different weapons of the Vikings and clearing up the misconception that Viking helmets had horns; it turns out they don’t! Students had the opportunity to hold some of the weapons and shields used by the Vikings. Finally, we were shown how garments were made and the laborious process that had to be undertaken to make an item of clothing; it took in the region of 500 hours to make one item of clothing!

We were directed to the dining hall for lunch, which was a hearty Viking meal: garlic bread, carrot soup and overnight cooked pork neck served with honey marinated root vegetables, sautéed cabbage, gravy and barley salad. In the afternoon, students had three activities to take part in: axe throwing, archery and gathering around the campfire. During the activities, small avalanches were started using horns directed at the mountains; perfectly safe as the snow couldn’t reach the village below and they were a daily occurrence. Students really enjoyed the activities and not even a storm rolling through the village could dampen our spirits. Two village sheep came to say hello and students had the opportunity to feed them; the activity guides showed us some examples of hand warmers and rugs made of different animals.

Before we knew it, the fjord cruiser arrived for our return journey to Flåm, so we said goodbye to the villagers. The Chieftain remarked that the students had been exceptionally well behaved and were a credit to the school. It also turns out the Chieftain would be flying to the UK the same day we were returning to visit York – it’s a small world! We boarded the fjord cruiser and set sail back to Flåm. The return journey was made even more spectacular by only having us onboard the 400-passenger cruiser, meaning we had our own private boat! A storm was chasing us between the mountains and caught up to us; those who braved it out on deck were soaked through! As the lights descended and night time was upon us, we arrived back in Flåm.

By 8.30, we were back in the hotel’s restaurant for the last evening meal of the trip: fish soup for starters; beef, potato and parsnips for the main meal and a rich chocolate dessert topped with berries. To end the evening, a large group of students took part in the final night walk of the trip, which followed the same route as the previous day’s walk, except at night. Students equipped themselves with torches and set off into the dark night, following the perimeter of Flåm. After the first hour, we changed track and walked along the fjord to the Fretheimtunnelen, which is a 1363m tunnel along the E16 - we couldn’t see the exit; the echoes inside the tunnel were phenomenal! By 12am, we’d returned back to the hotel to retire for the night.

After the late-night walk, students were treated to a later start, sitting down for breakfast at 9am. Packing swiftly ensued and room checks were carried out – a quick and impressive job students! A packed lunch was provided by the Fretheim Bakeri: a salad sandwich on very thick bread, a brownie, an apple and a bottle of water. Our coach would be arriving at 1pm, so students were given time to visit the gift shops to collect last minute presents; a storm was overhead and students who braved the weather were soaked within a few moments of stepping outside the hotel. The coach arrived in good time and we set off back along the Hardangerfjord back to Bergen airport.

At the airport, students were checked in and, by this point, were well-trained going through security, so we all made it through very quickly. This gave an opportunity for students to buy gifts, have their dinner at Bølgen & Moi Food Garage or 7-eleven. After moving through duty free and meeting a very cheerful border patrol officer, we boarded our ride home back to Manchester: a SAS B737. During the climb-out, we hit a cloud, which caught the attention of some students as the aeroplane bounced around a bit. We had our complimentary tea/coffee or water and then started our descent over Newcastle. After turning to line up with the runway over the Peak District, we made a smooth landing back into Manchester.

The transit through Manchester airport was over in no time and we made our way back home to Airedale. Students were fantastic throughout the trip and true ambassadors for the school.

Take a look at our amazing photos: 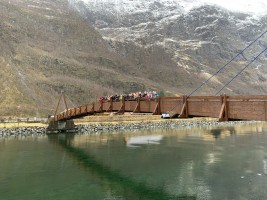 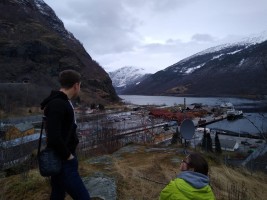 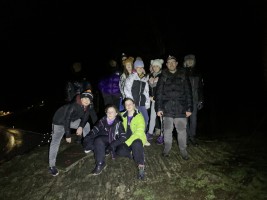 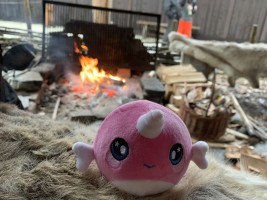 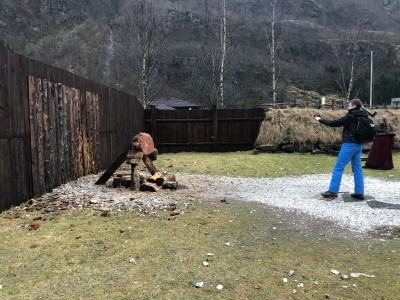 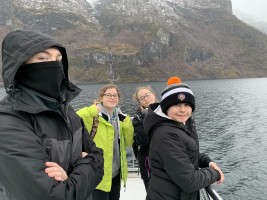 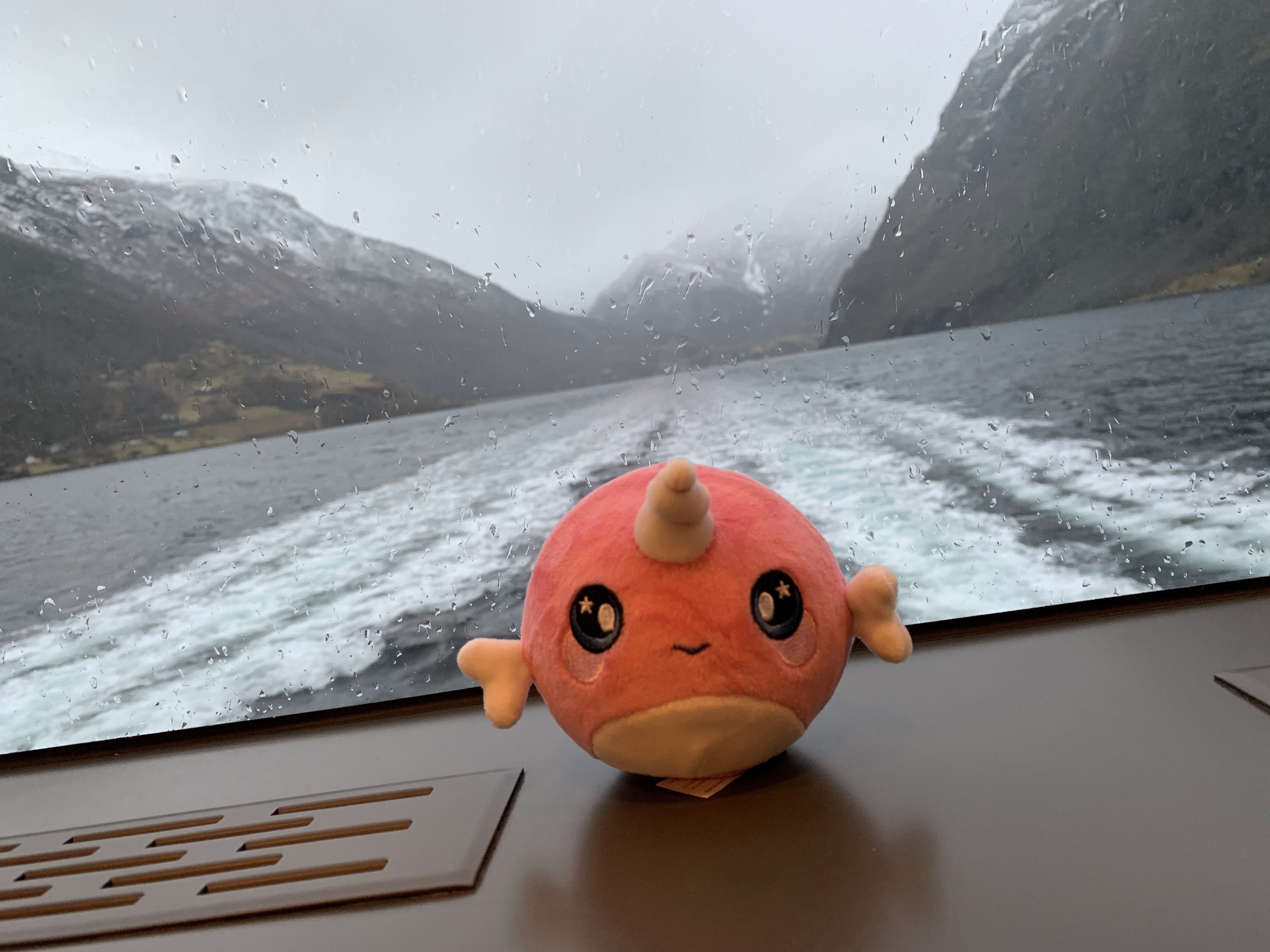 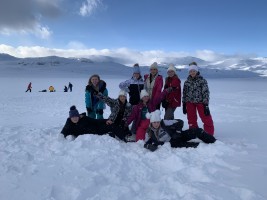 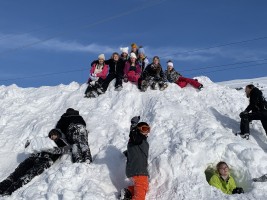 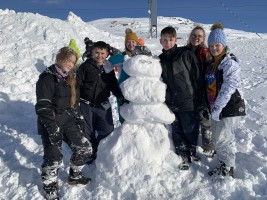 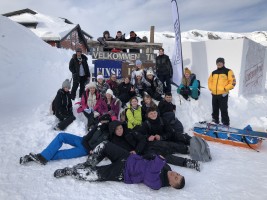 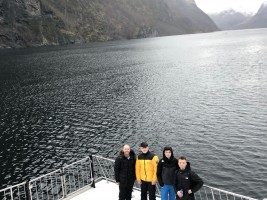 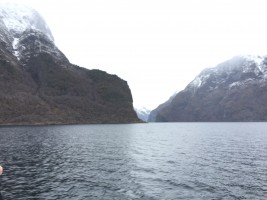 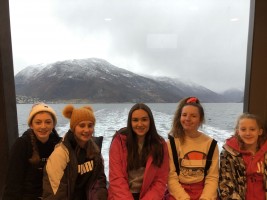 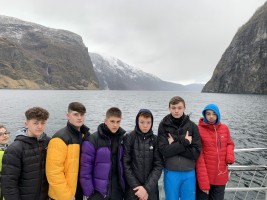 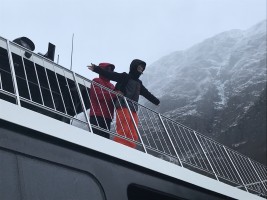 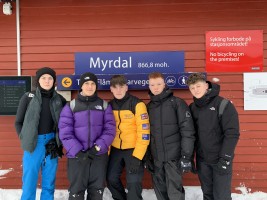 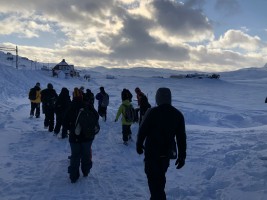 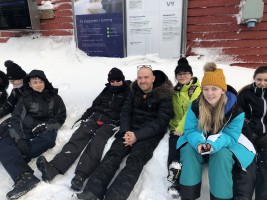 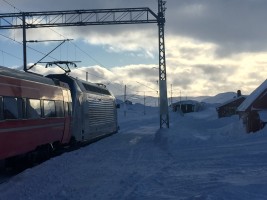 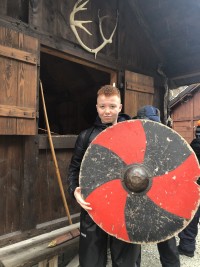 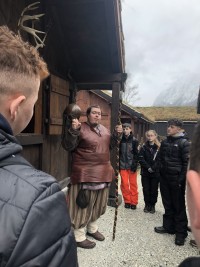 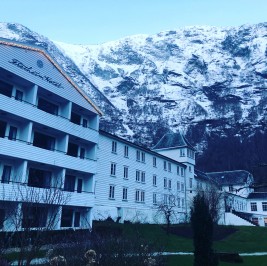 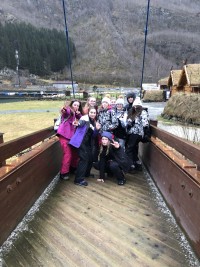